“Significant settlement developed in Runway 05/23 at Sheridan County Airport in Sheridan, Wyoming. Conversations with the client revealed the settled area had been trenched to a depth of 7’ during runway reconstruction in 2002 to install an 18”-diameter reinforced concrete pipe (RCP). The excavation extended 2’ on either side of the RCP, thereby creating a width of excavation of 5.5 feet. The pipe crossed the 75-foot runway at an angle. The settlement area was contained within the
trench and extended from the south edge of the runway to the centerline.

The pavement cross-section was:
18” of high-quality asphalt mix (specially designed for high-tensile strength)
12” of dense-graded base material 54” of sub-base material

Although the maximum settlement encountered was only 1”, this amount of settlement was causing damage to light aircraft on take-
offs and landings. CST’s subgrade stabilization process, using a high density structural polymer was injected beneath the pavement through pre-drilled holes of 5/8-inch diameter (penny-size).

The polymer system travels through tubing to elevations beneath the pavement surface characterized by weak soils. Expansion of the polymer compacts the surrounding soils, eliminating voids in the soil mass and improving bearing capacity. After stabilization is achieved (indicated by a “flicker” on the laser monitor at the pavement surface), injection into the soils can continue to achieve pave- ment lifting, as required. In addition to the laser, pavement surface movement was also monitored using string lines and a straight-edge as a precaution against over-lifting. For this repair project, polymer was injected at two levels: -4’ and -7’, as measured from the pavement surface.

CST stabilized the soft soils in the work area down to -10’ elevation (measured from the surface) using the sub soil stabili- zation process. The settled area of the runway was brought back into compliance with FAA specifications.

Time Savings – CST completed the project within 2 days, a full day less than the original estimate and significantly less than full-depth reconstruction. 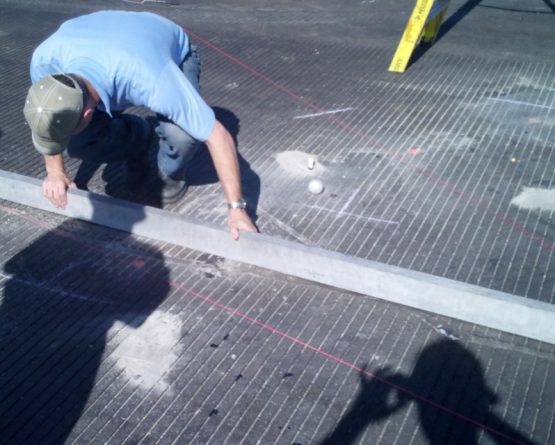 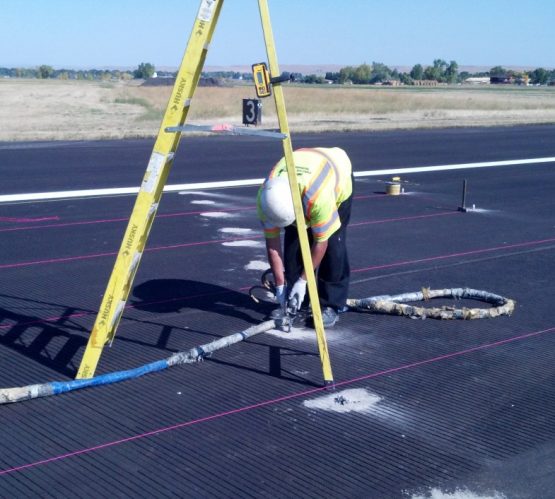 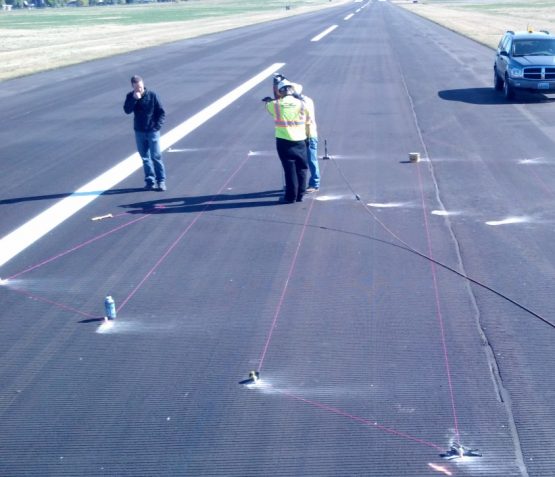 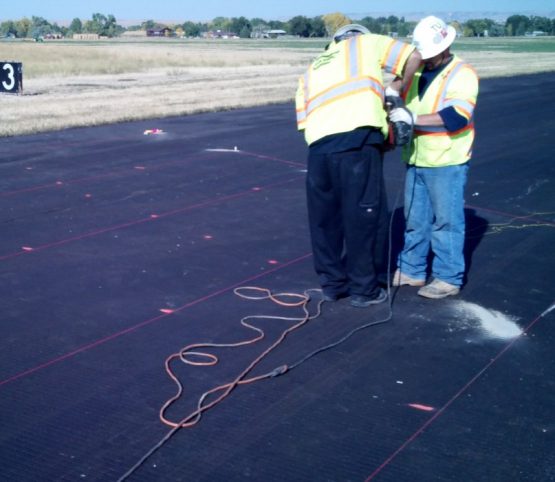