A 70 foot section of railroad track near Green River, Wyoming had experienced ongoing settlement issues. During springtime, and high water events, the area required weekly re-compaction and leveling. The replaced ballast would continually sink into the wet subgrade soils.

A factor that contributed to the problem, is that the area is located at a drainage point of the surrounding hillsides.

Settlement of the subgrade soils was a continual problem for the railroad as well as the unsafe conditions for freight trains and their personnel travelling over this section of track.

Keeping the track open and safe was a major concern for the Rail Company.

CST partnered with Watco Rail representative Neal Ward to design an effective repair solution for the settled areas of track.

An initial site survey was conducted on all areas of the settled rail. Areas for treatment were identified and a site specific injection design was created to lift the settled areas, and stabilize the subgrade soils beneath the track and ballast to mitigate against any future settlement.

CST installed a high density structural polymer at pre-determined depths to treat weak soil and lift the settled track sections. Crews alternated between sections to allow train traffic to continue through the area.

All sections of settled track and weak soil zones were stabilized.

Injections made into the weak soil zones effectively pushed water away from the areas, and provided a protective barrier beneath the ballast, to stabilize and protect the area against future settlement.

Railroad track was lifted, and realigned to provide a stable, safe passage of the company’s freight trains and personnel traveling across the tracks.

All work was completed in a matter of 3 working shifts without major closure or disruption to trains traveling through. 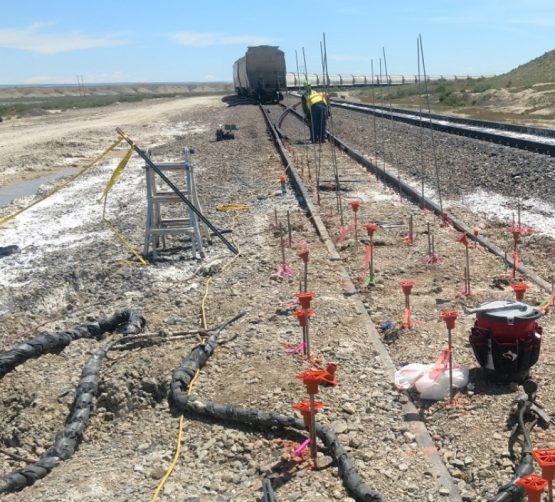 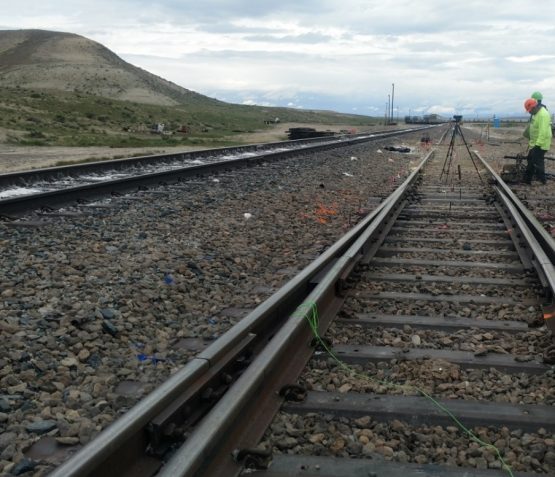 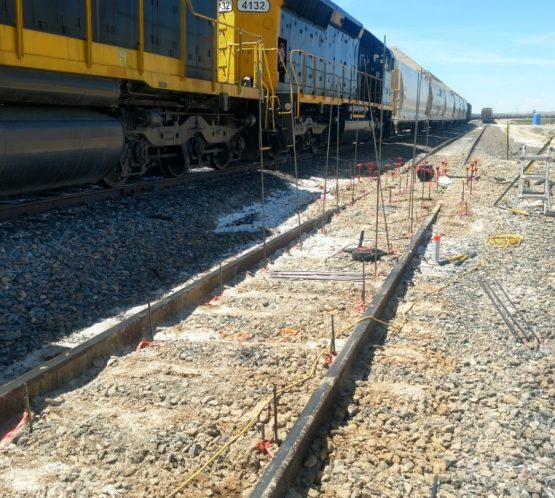 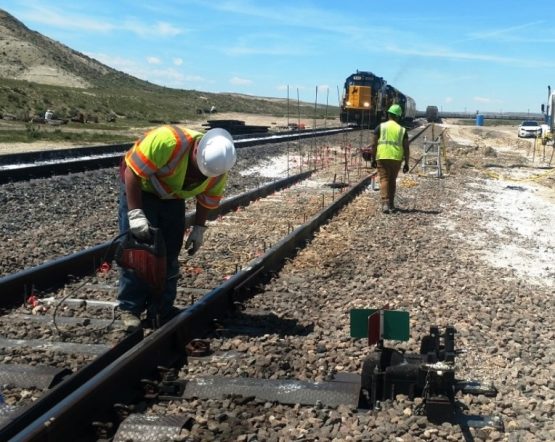